Gloucester City Council is celebrating after being named Local Authority of the Year in the South West Property Awards. 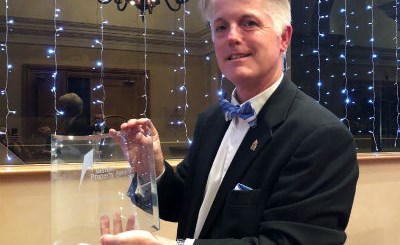 The council took home the accolade for its role in enabling regeneration schemes across the city.

At a ceremony that took place in Bristol at the Marriott City Centre Hotel, the council saw off competition from Bristol, Plymouth and Exeter City Councils, South Gloucestershire Council and North Somerset Council.

The event run by South West Business Insider recognised the council for its work in the regeneration of Gloucester Quays, which now sees around 5 million visitors a year, including the completion of Phase One of the Bakers Quay development.

It was also congratulated for its role in delivering the new bus station, enabling major investment at Kings Walk and bringing forward the ambitious plans for Kings Quarter.

The Kings Quarter proposals are currently out for public consultation and will see a multi-million pound makeover of Kings Square and a transformation of the wider area including the old bus station, Grosvenor House, Bentinck House, Kings House, Bruton Way Car Park and Market Parade.

A multi-million pound facelift for the city’s railway station is also planned.

Councillor Paul James, Leader of Gloucester City Council, said: “We’ve over the moon with this award which is a testament to how hard colleagues and partners have worked to deliver these ambitious and complex projects.

“We’ve come a long way as a city over the last decade or so but we know we’ve still got a lot of work to do.  Recognition like this will spur us on to deliver everything else we want for the city.”