Street drinking, failure to control a dog in a public place and anti-social behaviour, are all set be tackled when a city wide Public Spaces Protection Order (PSPO) is launched later this month. 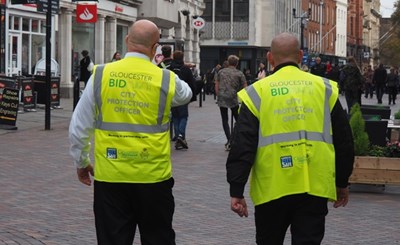 The consultation, which took place at the beginning of the year looked at a wide range of challenges and whether the PSPO should include additional issues such as litter.

However, the review highlighted that there were initiatives already in place or due to be introduced, which would address these. Those already in place have been extended to broaden the prevention work.

The PSPO starting on November 30 will require all dog owners to keep their dogs under control and put the dog on a lead if requested to do so by an authorised person.

It will also ban dogs from children’s play parks and require dog waste to be cleaned up.

Across the city anyone consuming alcohol in a public place and causing a nuisance will be required to hand over any alcohol when requested to do so.

The order will also see the introduction of an alcohol free zone within the Business Improvement District (BID) and in any public place in the city centre unless as part of a licensed event or on licensed premises.

The alcohol free zone will also extend from the city centre down London Road as far as and including Hillfield Gardens.

The PSPO will be accompanied by a number of other orders which will replace Gating Orders. These gate off areas such as alley ways where anti-social behaviour has occurred.

Breaching the PSPO may result in receiving a Fixed Penalty Notice (FPN) of £80, prosecution with a fine of up to £1000, or arrest. However, extensive engagement work has begun with individuals known to be street drinking in areas of the city and Kingsholm with an emphasis on support before enforcement.

Councillor Jennie Watkins, Cabinet Member for Communities and Neighbourhoods, said: “The feedback from the consultation was clear, that residents want us to do what we can to reduce these types of anti-social behaviour. We believe that the PSPO will help partner organisations tackle some of the behaviours that have a real impact on the wider community. Our ‘engage, support and enforce’ approach ensures that we work closely with individuals who may be vulnerable access the support they may need to make positive changes.”