Gloucester will welcome home 1st Battalion the Rifles with a Cathedral service, Freedom Parade and reception on Saturday 23 November 2019. 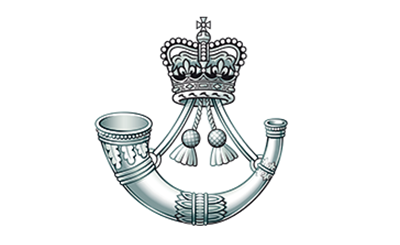 On Saturday 23 November 2019, 1st Battalion The Rifles (1 RIFLES) will have a homecoming in Gloucester City with a Freedom Parade.

This event is to welcome home 1 RIFLES from their current operational tour in Afghanistan (Op TORAL). The battalion returned to Beachley Barracks, Gloucestershire in September and October of this year.

The event will include a Cathedral Service, followed by the Freedom March through the city to Kings Square, where there will be some static displays. A reception following the march will have free food and beverages provided to the Regiment by Gloucester’s Butlers Venue Bar and the New Inn as a token of appreciation.

Participating in the event is 1 RIFLES, 6th Battalion The Rifles (6 RIFLES), Gloucestershire Army Cadets (GACF), the Rifles Regimental Support Team (RIFLES RST), veterans and members of Gloucester City Council. In total there will be more than 350 people participating in the Freedom Parade. The RIFLES Band will also be performing in the procession.

At Kings Square service personnel will be providing reflections on their time in Afghanistan, including very personal accounts of their experiences in the country.

The city is extending its welcome to the Regiment with a hospitality reception in Kings Square after the procession. Butlers Venue Bar on Eastgate Street and the New Inn on Northgate Street will be providing more than 390 free pints and bacon baps for the troops.

Following some severe weather in the county, a marquee is being provided to shelter from the elements, which is sponsored by Gloucester BID and Westgate councillors.

The Right Worshipful Mayor of Gloucester Councillor Colin Organ said: “Those who join any of the military services sacrifice a huge amount to serve our queen and country.

“Gloucester and Gloucestershire has a long history of military service, going back as far as 1694, to the Glorious Glosters at Imjin River in 1951, and in more recent conflicts overseas.

“Hosting this homecoming and freedom parade is important because it is our opportunity to warmly welcome 1st Battalion The Rifles back to the city and to thank them, and all our military personnel, for their service.

“I’d also like to thank Butlers Venue Bar and the New Inn for providing complimentary food and drinks at the reception, and helping us show our appreciation.”

RIFLES County Colonel for Gloucestershire, Tony Ayres, said: “We would like to thank the City of Gloucester for their kind invitation to welcome back the 1st Battalion after their recent operations.

“The Rifles and their forebears of the Gloucestershire Regiment have a shared history with the city going back over 300 years and we are very honoured to be marching through the City once again.”