Litter louts and those who refuse to clean up after their dogs could be given on the spot fines when a new scheme is introduced next month. 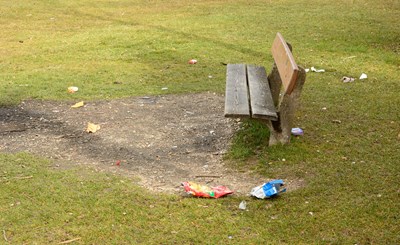 Last year around 1,829 tonnes of waste were collected from the streets; so in a bid to tackle the problem the city council has teamed up with enforcement company 3GS who will also be tasked with educating and informing the public about keeping the city clean.

In a move that has been rolled out in towns and cities across the country, they will hand out fines of £100 for offences (£75 for early payment) such as dropping litter on the street or from a vehicle including chewing gum and cigarette butts, fly-tipping, failing to keep a dog under control; along with domestic and commercial waste duty of care offences.

People caught dropping rubbish, litter, chewing gum and leaving cigarette butts could face fines of up to £2,500 if fixed penalty notices are not paid. The scheme will be self financing and any extra money that is generated will be used for environmental enforcement, engaging in educational campaigns in addition to tactical or strategic enforcement.

Patrols will cover the main gate streets as well as the wider city area along with any area of Gloucester that intelligence suggests is being used incorrectly. It follows a consultation last year that showed litter and dog fouling were high among residents’ list of concerns.

Cllr Richard Cook cabinet member for environment, said: “Residents have told us they are sick of this kind of selfish behaviour from people who think that the rules don’t apply to them.

“We already put a lot of resource into tackling the issue in Gloucester and these new litter patrols will send a clear message to those who decide to drop litter that it’s totally unacceptable and simply will not be tolerated.

“This is about taking back our streets for the vast majority of law abiding people who clean up after their dogs and dispose of their rubbish properly.”