A Gloucester man has been fined for dumping household rubbish. 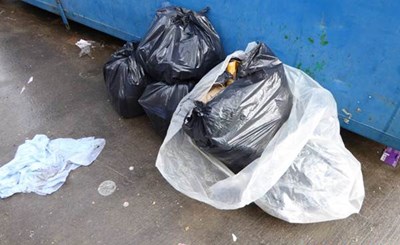 The 32-year-old pleaded guilty to the offence at Cheltenham Magistrates Court and was fined £160 and ordered to pay costs of £463 plus a victim surcharge of £30.

Mr Turtak told the court that he had taken the rubbish to the Hempsted Recycling Centre however it was closed and thought it would be acceptable to leave it in Sainsbury’s carpark near the recycling bins.

The bags were then found (in November last year) by a  Gloucester City Council officer who was inspecting the site.

However, the court heard that Mr Turtak failed to attend an interview with council officers when requested to do so.

Handing down the fine magistrates said it was lower than it might have been due to lack of previous convictions and accepted Mr Turtak’s explanation.

Councillor Richard Cook, cabinet member for environment at Gloucester City Council, said: “Fly tipping can contribute to all sorts of problems including attracting vermin as well as making our city look a mess.

“We want to send a strong message to people that dumping their rubbish and not disposing of it correctly is not acceptable.“