Gloucester City Council has put in a bid for a share of the Government’s £675million Future High Streets Fund, to help transform the city centre. 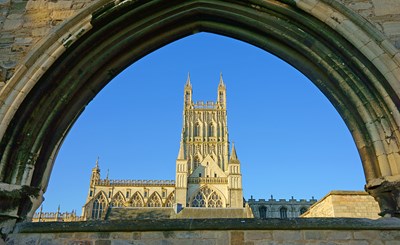 Gloucester City Council has put in a bid for a share of the Government’s £675million Future High Streets Fund, to help transform the city centre.

The government fund has been set aside to help town and city centres adapt to changing shopping habits and to create more reasons for people to visit other than just retail.

The Council’s Expression of Interest which it submitted last week, focuses on improvements to Gloucester’s historic city centre gate streets.

It sets out a vision for the streets that will see them transformed by 2025, from a traditional shopping area to one that has a range of experiences to offer both day and night, attracting a variety of visitors, residents and city centre workers.

It will aim to make the most of the area’s historic assets as well as making it the place to go for experience cultural and community events and activities.

The development of Kings Quarter, bringing The Fleece site back into use, expanding the new UK Digital Retail Innovation Centre and improving the Guildhall will all contribute to the vision.

The bid has received widespread support from the Council’s partners including the BID, the University of Gloucestershire, the Chamber of Commerce, Gloucestershire County Council, GFirst Local Enterprise Partnership, Gloucester Cathedral and Marketing Gloucester

The submission is the first stage in the process and a decision on whether Gloucester has reached the next stage is expected in the Summer.  If successful, detailed projects would need to be worked up for the Government to consider.  The majority of the funding will become available in 2020 and Government guidance says that successful bids are likely to be between £5-10 million per place.

Councillor Paul James, Leader of Gloucester City Council, said: “I believe we have made a very strong case, both based on the challenges the city centre faces and the opportunities we have.  We have set out what I think is a compelling vision of the city centre in the future, making the most of our heritage and being at the centre of community life.  Our ambition is also clear, with major investment about to go into Kings Walk, with Kings Square due to start on site later this year and improvements to the railway station following on early in 2020.  Support from the Government would help us to accelerate our plans to enable the city centre evolve so it is fit for the future.”