A mother-of-four has been ordered to pay £560 after pleading guilty to a charge of fly tipping. 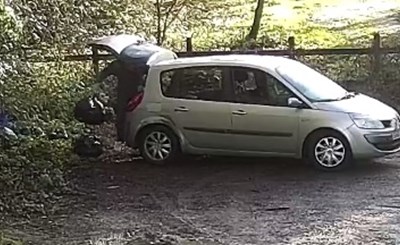 Julia Eastwood, aged 40, was issued with a fixed penalty notice after CCTV footage showed a man dumping a large amount of waste from a car registered to her.

It was removed from the boot and deposited in the bushes of a local nature reserve car park in Matson Lane, Gloucester, on 20 December last year.

As Eastwood did not pay the fine issued to her, Gloucester City Council prosecuted her for fly tipping under the Environmental Protection Act 1990.

The case was heard at Cheltenham Magistrates’ Court on 12 August 2019 and Eastwood, of Matson, pleaded guilty. The court was told that she was new to the area and thought rubbish could be left at Matson Car Park, where it would be collected. She said she was not aware of the signs at the car park warning people that fly tipping is illegal.

The court was also told that she previously resided in London where the council would come and collect any extra rubbish. Eastwood said she now understood that she should take any extra waste to Hempsted recycling centre.

Although she did not deposit the waste herself, she declined to provide details about the driver during the investigation. Consequently, she was legally responsible for the incident as the waste came from her car.

Magistrates felt that her actions in this matter were negligent and she was fined £230, was ordered to pay a victim surcharge of £30 and costs of £300.

Cllr Richard Cook, cabinet member for environment at Gloucester City Council, said: “We will not tolerate people disposing of their waste in this manner and this fine sends out a clear message that you will be punished by the courts.

“Gloucester City Council spends more than £1million a year cleaning up litter and fly tipping from its streets and we are determined to stamp it out. Fly tippers should think twice about their actions as they will be prosecuted.”