A range of measures to reduce Gloucester City Council’s carbon footprint are set to be considered by Councillors. 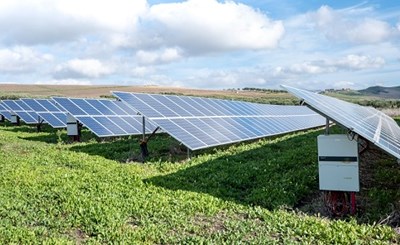 Councillors at Wednesday’s cabinet meeting are set to welcome a report into how the Council might consider a number of measures to reduce its impact on the environment.

The city council has adopted ambitious climate change targets including an aim to be a carbon neutral authority by 2030 with a goal for the whole of Gloucester to be carbon neutral by 2050.

It is estimated that Gloucester City Council emits approximately 3,400 tonnes of Carbon a year while the city as a whole emits around 434,000 tonnes of carbon annually.

Although the city council only uses less than one percent of Gloucester’s carbon through its buildings, venues and transport; councillors are hoping to lead the change and set an example.

The report focuses on the 2030 target of reducing the city council emissions, a further report later in the year will look at the city as a whole and how its emissions can be brought down.

Other ideas to reduce the impact of vehicles owned by the council and it partners include investing in electric, introducing e-bikes and vehicle management such as driver training and more efficient tyres.

Councillor Richard Cook, Leader of Gloucester City Council, said: “We are committed to doing everything we can to meet our target to be carbon neutral by 2030. It will be quite a challenge but reducing our carbon footprint is something that the council has a responsibility to do, for current and for future generations.”