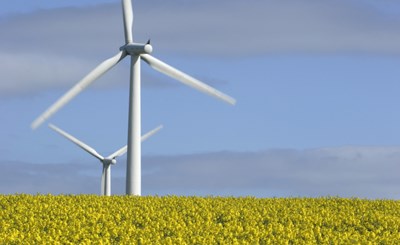 Speaking at the recent Berlin Energy Transition Dialogue Conference 2022, the Energy Secretary emphasised the importance of “generating cheaper, cleaner energy, by expanding renewables”, with evidence showing that onshore wind offers the most cost-effective choice for new electricity in the UK, being cheaper than gas, nuclear, coal, and other renewables.

Onshore wind already generates enough clean power to meet the annual needs of more than 7.25 million homes a year and produced 9 percent of the UK’s power needs in 2017.

Overall, the UK has installed over 12 gigawatts of onshore wind capacity, supporting jobs and local economic growth in areas such as Gloucestershire, which has significant potential for further investment in renewable energy generation.

The cumulative investment impact of the UK’s existing 1,500 operational onshore wind farms is over £35 billion, demonstrating the significant contribution that onshore wind can make to delivering low-cost, low-carbon energy.

Councillor Cook said: “The expansion of renewable energy, and onshore wind power in particular, has the potential to significantly decarbonise the UK energy system, improve its resilience through greater decentralisation, generate skilled employment, reduce the UK’s exposure to external energy shocks, and assist cities like Gloucester in supporting the Government to reach Net Zero emissions. The Government’s Energy Security Strategy presents a once in a generation opportunity to develop the home-grown energy system that our children and grandchildren will thank us for delivering. With onshore wind enjoying majority support amongst the public of every U.K region, now is the time to be bold.” View the letter here.