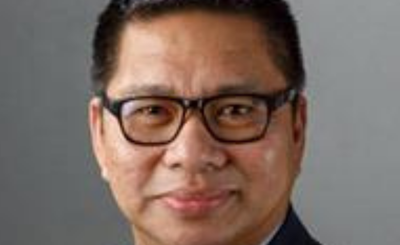 Cllr Padilla, who is member for Matson, Robinswood and White City, has replaced Cllr Justin Hudson as the Cabinet member for Communities and Neighbourhoods.

Cllr Hudson stepped down from the Cabinet last month.

The new Cabinet member brings experience of working as a charge nurse at Gloucestershire Royal Hospital, Co-Chair of the Ethnic Minorities Network at the Gloucestershire Hospitals NHS Foundation Trust, and is Chairman of the Filipino Association of Gloucestershire.

Cllr Padilla is also the regional Director for the southwest region of the Filipino Nurses Association; and is a member of St Peter’s Church Pastoral Committee.

Cllr Raymond Padilla, said: “I’d like to pay tribute to the great work and determination of Justin during his time in the role, and I am excited to continue with his good work. I will be focusing on bringing about healthier communities through health and well-being initiatives, as well as delivering the best possible services for residents, and ensuring the city is a place we can all be truly proud of.”

Cllr Richard Cook, Leader of Gloucester City Council, said: “I’d like to thank Councillor Hudson for his dedication and for doing such a good job over the past year. I understand he is now looking to concentrate more on his business following the pandemic. I know Councillor Padilla who is a very experienced councillor will be just as committed to the role.”