Gloucester City Council is set to pledge its support to the Gloucestershire Armed Forces Community Covenant at next week’s Cabinet meeting. 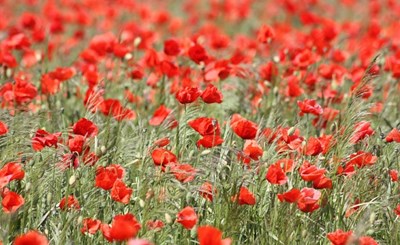 It’s aimed at encouraging organisations and local communities to support the Armed Forces, promoting understanding and awareness of issues affecting them, and recognising and remembering the sacrifices they make.

It stands alongside the UK wide Armed Forces Covenant that sets out the principles that veterans and those serving should be treated with respect, supported and ensured fair treatment.

It is estimated that by 2028 there will be 1.6 million veterans in the UK and this year the government renewed the Armed Forces Bill which requires councils to support those members of the community with housing issues.

Among the Gloucestershire covenant’s commitments is a pledge to provide help for ex-armed forces members who become homeless and not to take war disablement pensions into account if they’re receiving benefits.

The city council also provides free building control advice and does not charge for any applications made for extensions or alterations while offering discounts to defence privilege card holders to use at the Guildhall.

It also works with armed forces on efforts such as the sale of poppies for Remembrance Sunday and maintaining the war memorial at the cenotaph in Gloucester Park and the war graves at Tredworth Cemetery.

This is in addition to working with local charities, organisations and county partners to help signpost people to services such as counselling and mental health services.

The council is carrying out an internal survey of staff to find if those who are veterans or related to veterans or those serving, may be better supported as well as offering awareness training to those who work with the public.

This autumn it will apply for the Bronze Defence Employer Recognition that encourages employers to assist members of the forces and will see the council commit to a range of requirements including being supportive of those with links to the forces applying for jobs.

Ruth Saunders, Head of Communities at Gloucester City Council, said: “It’s a privilege to be able to support the brave men and women of the armed forces who sacrifice so much for their country. We want to do all we can to support them and to make it as easy as possible for them to get help when they need it showing our gratitude to them and their families.”