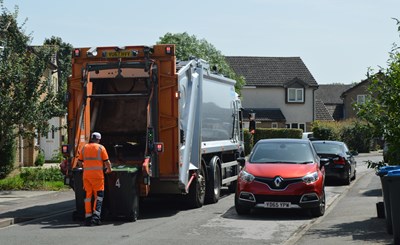 Ubico is co-owned by the other local Council’s in Gloucestershire (plus West Oxfordshire) and will provide Gloucester with waste and recycling services, street and toilet cleaning, grounds and tree maintenance.

The contract will see Gloucester City Council also become a shareholder in the waste and recycling company which will allow it a greater say on service changes and improvements.

Cabinet members took the decision at this week’s cabinet meeting not to extend the contract with its current provider Urbaser who recently took over the contract from Amey.

It followed a report by independent auditors KPMG who looked at the proposals put forward by both Ubico and Urbaser and made recommendations about which services would provide best value for taxpayers money and a quality service.

The proposals include an offer by Ubico to improve response times to deal with waste issues, an emergency out of hours service and enhanced requirements for the cleaning of public highways.

The publicly owned company also pledges to work with the local community and help address antisocial behaviour through using targeted groundworks and street furniture which can reduce fly tipping and vandalism.

Other benefits of working with Ubico include its Ubico Academy initiative and approach to training and development by encouraging local employment and apprenticeships.

In addition, Ubico’s alternative fuel trials and desire to move towards greener technology is in line with Gloucester’s environmental policies.

The deal sees a £5 million investment for the purchase of new vehicles which would also benefit from advances in technology helping the city to reduce its carbon footprint.

Councillor Richard Cook, leader of Gloucester City Council, said: “This new agreement will give us both greater opportunities to improve services and better value for taxpayers’ money through working closely with our local authority partners. Both Ubico and Urbaser submitted very attractive proposals to the City Council.  What gave Ubico the edge was that it not only made financial sense but also gave us environmental benefits and a greater commitment to our communities as well. By becoming a shareholder we will also be able to have a seat at the table with more flexibility and influence over the services we provide.”