Visitors will get the chance to see Gloucester’s remarkable history when artist Joe Hill returns on 30 July to bring the city’s past to life in spectacular 3D technicolour. 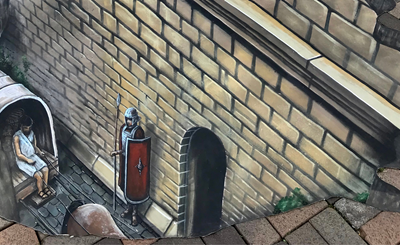 Wherever you go in the city centre you’re walking over Gloucester’s history; city walls, Roman buildings and even medieval churches survive beneath Gloucester’s streets.

Returning this year after a successful event last September, Joe Hill of 3D Joe and Max will be creating three more amazing optical illusions based around the city’s heritage during 30 July – 1 August.

Joe has been making holes in the ground come to life all over the world, and this will be a spectacular way to bring the city’s archaeology to life as part of the National Archaeology Festival.

Come and have your photograph taken to share with friends over social media and find out about the plans to conserve and revive Westgate Street.

There will be eight pieces of artwork set out along Westgate Street and Eastgate Street, and an exhibition and consultation event will be running in the former jewellery shop at 21 Westgate Street.

Joe has created artworks for a range of clients over the years including Google, Disney, Reebok, Save the Children and Coca-Cola.

The artworks will be revealed on Friday 30 July and will be on display until Sunday 1 August. Access is available from 11am - 4:30pm except for Sunday when they will close at 4pm.

The event will be weather permitting and will be re-scheduled if there is high wind or heavy rain.

Cllr Richard Cook, Leader of Gloucester City Council, said: “I’m pleased to hear Joe Hill has decided to return to the city to showcase more of his incredible artwork. This is a fantastic way of bringing Gloucester’s rich history to life in anticipation of our upcoming restoration project, which is helping to preserve that history for future generations.”

The Cathedral Quarter project is funded through Historic England as part of its ‘High Street Heritage Action Zone’ scheme. Gloucester City Council was successful in securing £1.9million to run a series of improvements to buildings in the Westgate area of the city along with a programme of activities and events to engage the local community with the heritage of the area. 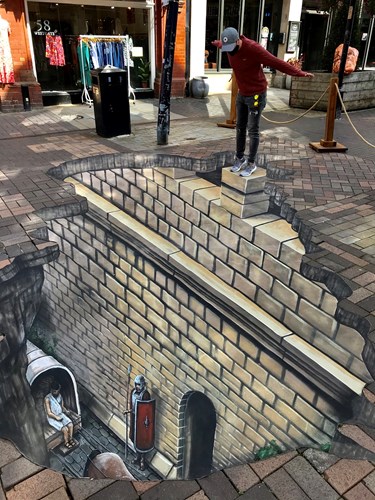 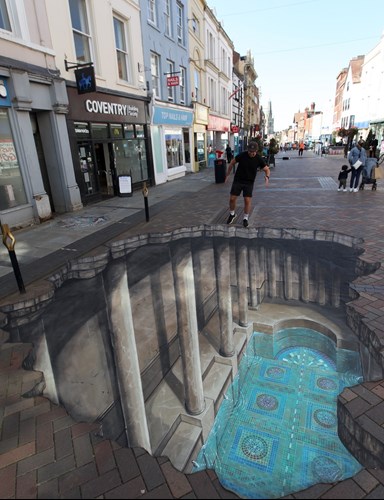