Mayor of Gloucester, Councillor Collette Finnegan, will be presenting the Mayor’s Medal to two Gloucester residents for their services to the community. 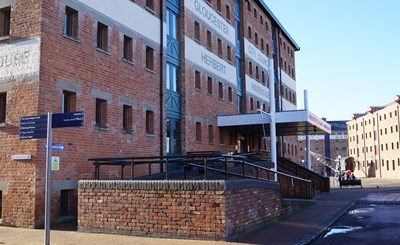 The Mayor’s Medal is given to people nominated by the mayor who have made important and significant contributions to the city.

Inspector Ashley Shingler will be presented with a medal for his dedication as a local police officer and his work with the Gloucestershire Neighbourhood team.

A police officer for over two decades Inspector Shingler says his proudest moment ‘was being asked to step up and lead the neighbourhood team’.

The father of two is passionate about his job serving the people of Gloucester as well as helping to bring partner organisations together.

One initiative he lead was the 100 Days Together project, which took place last year and celebrated the positive work being done by partners and the community across the city.

Also being presented with the mayor’s medal this month at a special ceremony taking place in the Council offices is local business owner Daniel Leach who is being recognised for his work for charity.

Daniel has been a strong supporter of local charities and fundraising events.

In December he helped to organise and fund the Gloucester Heart for Heroes event for children with heart problems.

Mayor of Gloucester, Councillor Collette Finnegan, said: “I’m over the moon to be recognising both of these local residents for their dedication and service to our community. It is people like them that make Gloucester the wonderful place that it is. I would like to extend my heartfelt thanks to them on behalf of our great city and to congratulate them both.”