Cllr Paul James is stepping down as cabinet member for regeneration and economy to focus on life after the council, as he had already announced he would not stand for re-election in May 2020. 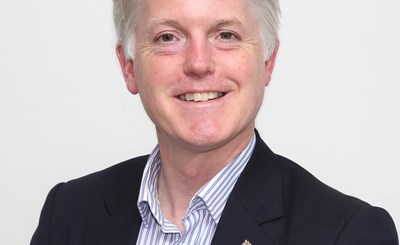 Cllr. Paul James has today announced that he’s stepping down from his cabinet role of regeneration and economy to enable him to spend more time preparing for when he leaves the city council fully in May.

Cllr. James has been a councillor for 24 years, cabinet member for regeneration for 16 years and was the leader of the council for 12 years until last November.

Cllr. Paul James said “I decided quite some time ago that I would not be seeking re-election in May and that I would gradually step back from my council responsibilities in the run up to then. Since standing down as leader in November, I have enjoyed spending more time with my family and will continue to do so, but I now need to devote more energy to pursuing opportunities outside the council in preparation for life after May. It’s been an honour to serve the city and I’m very proud of what has been achieved during my time in office but I’m looking forward to this new phase in my life.”

Cllr. Richard Cook, Leader of Gloucester City Council said “It was always part of the plan for Paul to stay on and support me as a new leader. However, it is right that we give him the opportunity to further transition to life outside the council. We would like to thank Paul for his many years of service. Paul has undoubtedly made a massive contribution to the council and the city and he will be missed.”

The cabinet portfolio of regeneration and economy will be divided between the five remaining cabinet members and will be reviewed after the elections in May.