A plan to improve how the public accesses Council services has seen waiting times drop and more help given to vulnerable residents. 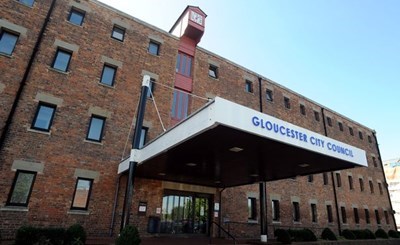 In 2018 Gloucester City council embarked on a scheme to transform the way the public interacts with the council giving greater digital access and ensuring that residents were at the heart of the council’s work.

The scheme saw an appointment only system introduced for reception queries to cut waiting times and to make sure people were offered an alternative to having to visit the council, if they could be helped online or on the phone.

It also meant more time could be spent with vulnerable people and those with complex queries such as people seeking accommodation.

By July 2019, four months after it had been introduced, the average waiting time was reduced to a third, down to eight minutes from 24.

The opening of the Gateway – the new modern reception area in Summer 2019 -  further improved customer service for residents.

And a new telephony system saw customers can get help easier and quicker.  It cut call waiting times and allowed the council to step up resources during busy times.

It also meant that email queries are answered more quickly, falling from a seven day turn around to just two for the majority of emails.

In addition, a ‘Report It’ system was launched last year in May which enables customers to report issues online from flytipping to overhanging trees.

Councillor Hannah Norman, Cabinet Member for Performance and Resources, said: “Our residents expect to be able to contact the council at a time and in a way that suits them, as they would with any other service. By increasing the amount of services that can be accessed online or over the phone it not only makes it quicker and  easier for them but it also means that we can spend more time with those who need extra help and advices.”