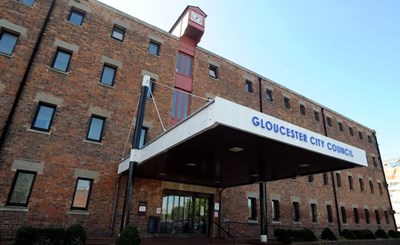 The report, which will be considered at January’s council cabinet meeting, shines a spotlight on discrimination and prejudice and highlights the challenges racially minoritized people face day to day.

It calls for more to be done to engage fully with communities to address issues that they face and to make sure local organisations are representative of the people that they serve.

The report looked at several key areas including the criminal justice system, health inequalities such as mental health and diabetes, education and representation in senior roles across the county.

It also highlighted the experiences of local people following a Call for Evidence, which asked Gloucester residents for their experiences of racism and discrimination in the city.

The Call to Evidence highlighted issues including discriminatory hiring practices by employers, a lack of access to interpreters in public services, and racist comments and micro-aggressions towards racially minoritized individuals.

Headed by local businessman and social entrepreneur Rupert Walters, the race commission was made up of a cross-section of representatives from local communities, key organisations including the NHS, University of Gloucestershire, Gloucestershire Police and Gloucestershire County Council’s Black Workers Network, as well as councilors from all three parties.

It was set up last year following the city council’s motion in support of the recent movement to address racism and the council’s pledge alongside other UK organisations to look at how they could respond.

Gloucester City Council will consider the commission’s report in the new year and how it will take steps to support change across the city.

Chair of the Commission, Rupert Walters, said: “This is a really important report that takes a look at a wide range of issues that are fundamental in addressing racism in our society. I hope that this will help us go some way to looking at these problems in more depth and bringing about lasting and meaningful change.”

Councillor Richard Cook, leader of Gloucester City Council, said: “I welcome the report and look forward to considering and discussing its contents in our council and with our partner agencies.”

The report is available to read here.