Gloucester City Council has published a review of statues and monuments in the city aimed at revealing more about the city’s connections with the slave trade. 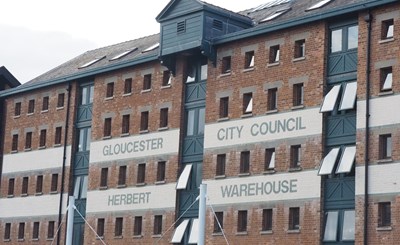 Along with other organisations and local authorities around the country the council has pledged to consider how more can be done to shed light on Gloucester’s history and reveal untold stories about those who were enslaved.

The review follows the city council’s motion last year in support of the national movement to address racism in society and was set up alongside an independent commission to look at race relations.

The scope of the review includes all sites, monuments, statues and plaques within the city connected with the slave trade and or plantation ownership and also considers the way in which the contribution of minority communities is presented.

The review emphasises doing more to inform people about Gloucester’s historical links to slavery including creating a permanent display at the museum and suggests public art or interpretational panels being placed around the city to explain more about the Transatlantic Slave Trade.

It is intended more will be done to tell the story of the people who were slaves and also key figures like Samuel Bowly who helped successfully campaign for abolition of slavery.

The report which goes before cabinet next month follows a series of short videos made by the city council and released on social media, revealing more about the landmarks and statues and asking people to consider the links to this chapter in the city’s history.

It includes an examination of notable figures such as Samuel Baker who arrived in Gloucester in 1832. He benefitted financially from trading in the West Indies and by extension from the transatlantic slave trade.

Baker was instrumental in the development of the area around Gloucester’s docks although none of the current buildings in Baker’s Quay were constructed by Samuel Baker.

The current developers are committed to looking at Baker's history and making sure they take this history into account when developing the site.

The review also looks at statues in the city including that of Charles II who founded the Royal African Company which transported close to 150,000 enslaved Africans, mostly to the British Caribbean.

Cllr Richard Cook, Leader of Gloucester City Council, said: “The aim is to do more to raise awareness about the slave trade and to tell people more about how we benefitted from this cruel trade. Our intention is not to erase this history but to shed more light over what happened so we can be more informed about our history. Any key decisions will take into account the views of local people and how they want to us to explore this part of Gloucester’s story.

"We are grateful to those partners in the city who have already begun to address this history though education and interpretation of sites and monuments.”

Discover DeCrypt has welcomed the report and will work with the council to interpret the recommendations.

The Rector and Chair of Trustees, Rev Canon Nikki Arthy, said: "As we learn more about our history, Discover DeCrypt reaffirms our commitment to racial justice. We lament the systemic failures of the past and the present, both in church and society. We are committed to love, respect, honour and care for each of our sisters and brothers."